Immigrants in detention are not just a heartbreaking storyline on the final season of Orange is The New Black. They’re the heartbreaking reality of both America and Australia right now, and OITNB star Jackie Cruz is making sure we don’t look away.

The actress who plays the loveable Flaca on the show is urging her fans to learn more about the governments supporting detention facilities after spending some time at the U.S-Mexico border.

In an Insta post outside a facility in El Paso, Texas, Jackie writes, “I’m humbled I got to bear witness to the monstrosities that are happening at the border.”

Sure, her message may be directed at her American followers, but it applies just as much to us here in Australia: “Find out what’s really going on with your government and where your hard earned dollars are going.” 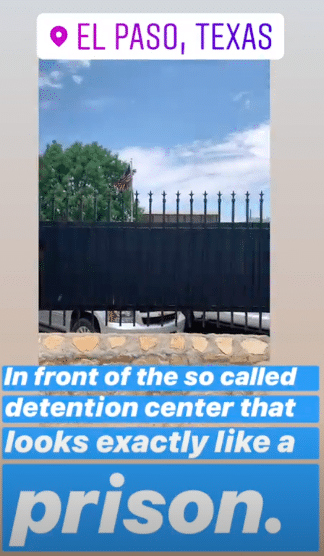 A still from Jackie Cruz’s Insta Story during her visit to El Paso, Texas.

She encourages her followers to not only learn more about the situation, but to also take action: “We need to continue speaking up and showing up but most importantly VOTE.”

These Are The Women Who Inspire The Duchess of Sussex