Tan France is highlighting the lack of people of colour on British TV and urging networks to get their sh** together!

The Queer Eye star posted a series of videos to his Instagram stories on Friday, October 8 where he flicks through a number of channels on his TV screen and notes that everyone on screen looks kinda the same.

“Back in the UK and so happy to be here, but the thing I’m not so happy about is that I’m back to an all-white prime time selection of shows on TV,” he begins his message. 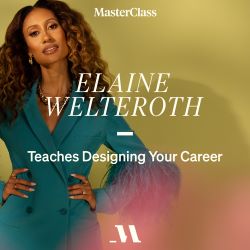 “Umm…why aren’t there more people of colour on prime time shows in the UK? It’s actually not funny. It’s ridiculous,” he continues.

“Come on British networks. Get your sh** together!”

He admits it’s possible there are people of colour on the shows he switched on but at 8.15pm, he didn’t see any.

“There’s something wrong with that. Are the networks trying to tell us we’re not relatable to other people? ‘Cause that’s what I’ve been told. That it might be hard for people to understand us or for us to be able to relate to them. We’re just as British as anybody else. Yes we may be a different colour but we know how to represent the Brits also. This is a problem and I know I’m doing it with a smile on my face but believe me, it is f***ing frustrating!”

And while his message is directed at the British TV networks, let’s face it, it may as well be for Australia too.

A 2018 report by Screen Australia found that the cultural diversity of the Australian population is not being reflected in the main characters on television. And an analysis by Deakin University in 2020 highlighted how our news and current affairs shows are overwhelmingly created and presented by people of Anglo-Celtic backgrounds.

Tan’s message is an important one because representation matters. Because people of all backgrounds, sizes, abilities and genders deserve to see themselves on TV.