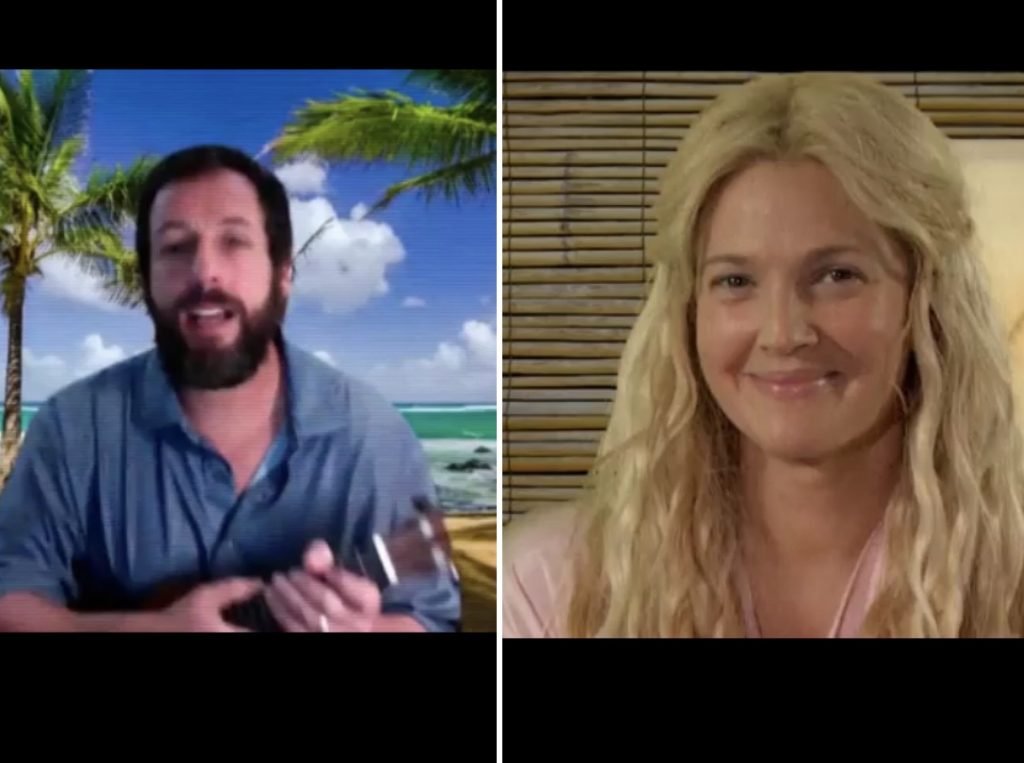 Drew Barrymore and Adam Sandler just gave us an update on where Lucy and Henry from 50 First Dates (2004) are now – and yep, they’re still together!

The duo reprised their roles in a sketch for The Drew Barrymore Talk Show, which just launched today.

In the original movie, Drew’s character, Lucy has short-term memory loss and can’t remember anything that happened the day before so Adam, who plays her husband Henry, makes her a video every single morning to help her catch up on what she’s missed….and make her fall in love with him all over again.

During the sketch, we see Lucy put on her morning video from Henry who gives her a rundown of life in 2020: “You have a thing called amnesia and I am your husband. We have a daughter and she’s about 40 now or something like that. I know it’s bananas but I’m not done yet,” Adam says as Henry.

The #DrewBarrymoreShow finally debuts today, but it feels like @drewbarrymore has been ready for this her whole life! We have a favorite Drew moment. What’s yours? #DrewsAlwaysBeenHere

“It’s 2020 and we’re also in the middle of a pandemic which is a terrible thing. Baseball games are now being played in front of cardboard people,” he continues.

Towards the end of the sketch, we even get a visit from “10-second Tom” played by Allen Covert in the movie, whose memory only lasts for 10 seconds!

“Lucy’s got her own show now? That’s great. Who’s Lucy? Any why is everyone outside wearing a mask?” he asks.

Adam eventually breaks character to congratulate Drew on her new talk show: “I could honestly not be more excited for you. You have your own show now. You are going to make people so happy every day, every time they see you. You are magic.”

You can watch the full sketch below:

“Truly honoured for me and Cameron Diaz to premiere on your VERY OWN talk show today. Very proud of you Angel,” Lucy Liu writes on Insta.

Cameron also shared a message of support for Drew in her Insta stories which said “HAPPY PREMIERE DAY!”

For more on The Drew Barrymore Show check out the official YouTube channel.