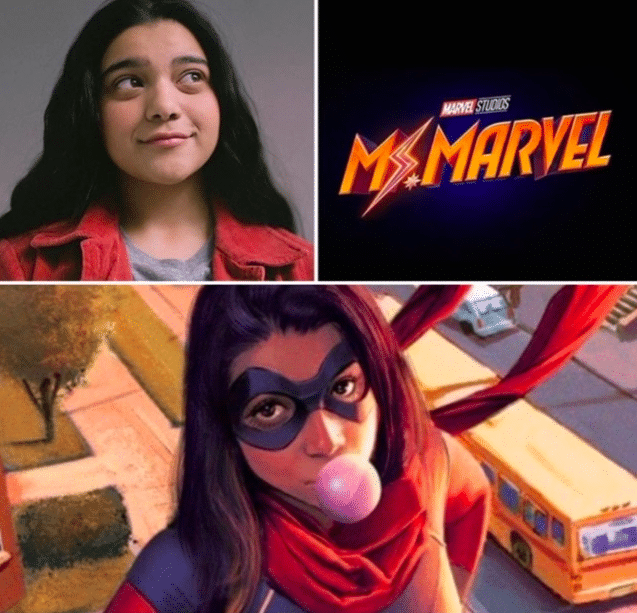 Iman Vellani will play “Kamala Khan” – a young Pakistani American from New Jersey who can shapeshift. She goes by the name “Ms Marvel” when her powers kick in.

The 18-year-old Canadian who is the daughter of Pakistani Muslim immigrants, confirmed the news on Instagram: “Speechless and excited! Wish me luck. #msmarvel.”

Iman has been bombarded with messages of support on social media since the news broke, especially from diverse names who’ve already made their mark in Hollywood:

“I just saw they cast Ms. Marvel and legit got teary eyed,” Kumail Nanjiani who also has Pakistani background, posted on Twitter.

“Your work is going to mean so much to so many people, myself included. I can’t wait.”

Mindy Kaling was also quick to praise Iman too:

“What a joy in theses trying times to see that #MsMarvel (a Pakistani American teen superhero!) has cast its lead role, a young actress named Iman Vellani! Congrats to you! I can’t wait to see the show! #RepresentationMatters”

What a joy in these trying times to see that #MsMarvel (a Pakistani American teen superhero!) has cast its lead role, a young actress named Iman Vellani! Congrats to you! I can’t wait to see the show! ❤️❤️❤️❤️#RepresentationMatters

As was Never Have I Ever star Maitreyi Ramakrishnan who replied to Iman’s Insta post saying, “LET’S GOO!! SO HYPED FOR YOU!!”

This is Iman’s first Hollywood production and she’s previously worked with the Toronto Film Festival’s Next Wave Commitee.

No word on a release date just yet!