Jabari Banks will take on the iconic role in the upcoming Peacock prequel, a drama titled BEL-AIR – and who better to tell him the news than the original Fresh Prince himself, Will Smith?

In a video posted to Will’s Instagram, he surprises the young actor who also happens to be a graduate of the Philadelphia University of the Arts, a musician and a basketballer.

“This is Jabari Banks. In 10 seconds his whole life is about to change. He auditioned to play ‘Will’ in the upcoming series BEL-AIR,” the captions on the video read before Will tells him the good news. 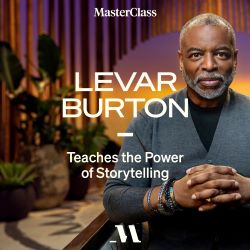 “From the deepest parts of my heart I want to say congratulations to you. You have the role of Will on BEL-AIR!”

After some excited “No way!” sounds Jabari composes himself to share his gratitude:

“I’m ready. I’m so ready you know. I’m ready to bite down,” he says describing it as “a dream come true.”

He also shows Will an old high school pic of him and his friends where they dressed up as the Fresh Prince cast and describes how it was his dad who urged him to audition.

“You got a fantastic road ahead of you and I’m looking forward to being an asset for you in this process as you build out your life and build out your career,” Will tells him.

The new series will tell the story of why Will relocated from West Philly to California. It’s based on the 2019 viral video by cinematographer Morgan Cooper who reimagined the sitcom as a tense street drama.

Check out the full video of Will surprising Jabari below: