“OH MY GOD. OH MY GOD. OH MY GOD….. pure terror to absolute bliss!” Those were some of the first words that came out of Will Smith‘s mouth after bungee jumping out of a helicopter near the Grand Canyon today. “I’m ready for them to put my ass down though, I’ll tell ya that much!” 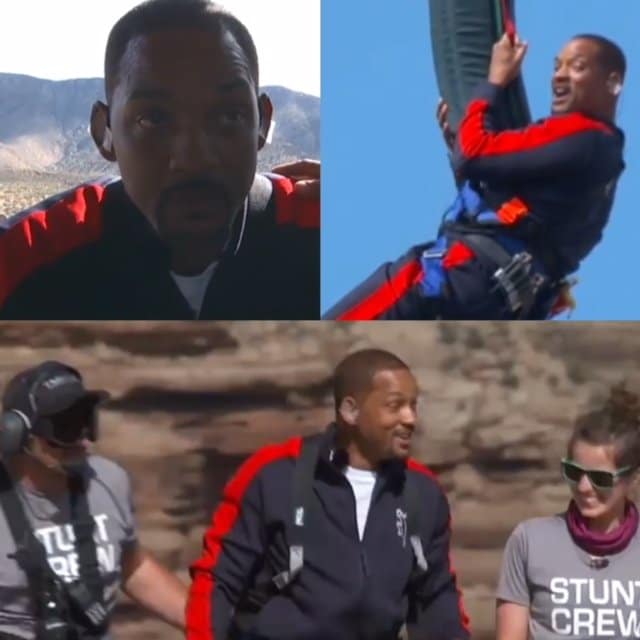 Yep, a pretty crazy way to celebrate the big 5-0 given he has a fear of heights! But he did it, in front of his family, friends (including The Fresh Prince co-star Alfonso Ribeiro) and his 25 million YouTube subscribers. He kind of HAD to do it after being challenged by the Yes Theory earlier this year. But the best bit about the whole thing? Will’s jump was also about raising awareness and donations for Global Citizen’s support of Education Cannot Wait, an organisation that provides children in crisis-areas with an education.

Will Smith’s family and friends supporting his 50th birthday bungee jump. (Via YouTube/WillSmith)

There are currently 75 million kids who are missing out or are in danger of missing out on schooling. It might be because of war or poverty. They may be in refugee camps or they’re education is just not a priority. When a conflict or a natural disaster takes place, education is often the last thing resumed as the community is rebuilt. And children who are taken out of school are more exposed to child marriage, child trafficking, violence, labour and recruitment to armed groups.  The organisation is hoping to reach ALL children in crisis-affected areas by the year 2030.

You can watch the full heart-stopping video below: